1.      Singapore Deputy Prime Minister and Minister for Finance Tharman Shanmugaratnam and Japan Deputy Prime Minister and Minister of Finance Taro Aso met on 18 April 2013 in Washington D.C. They reaffirmed the good bilateral relations and existing financial cooperation between Japan and Singapore, and agreed that both countries could do more to further strengthen bilateral financial relations.

2.      Both Ministers agreed to continue the series of regular Singapore-Japan Finance Dialogues led by their deputies and to widen the discussion on financial issues between the two finance ministries. They also agreed to explore and deepen cooperation in various financial initiatives including Bilateral Swap Agreement and the development of regional and local bond markets, in close cooperation with the Bank of Japan and Monetary Authority of Singapore. 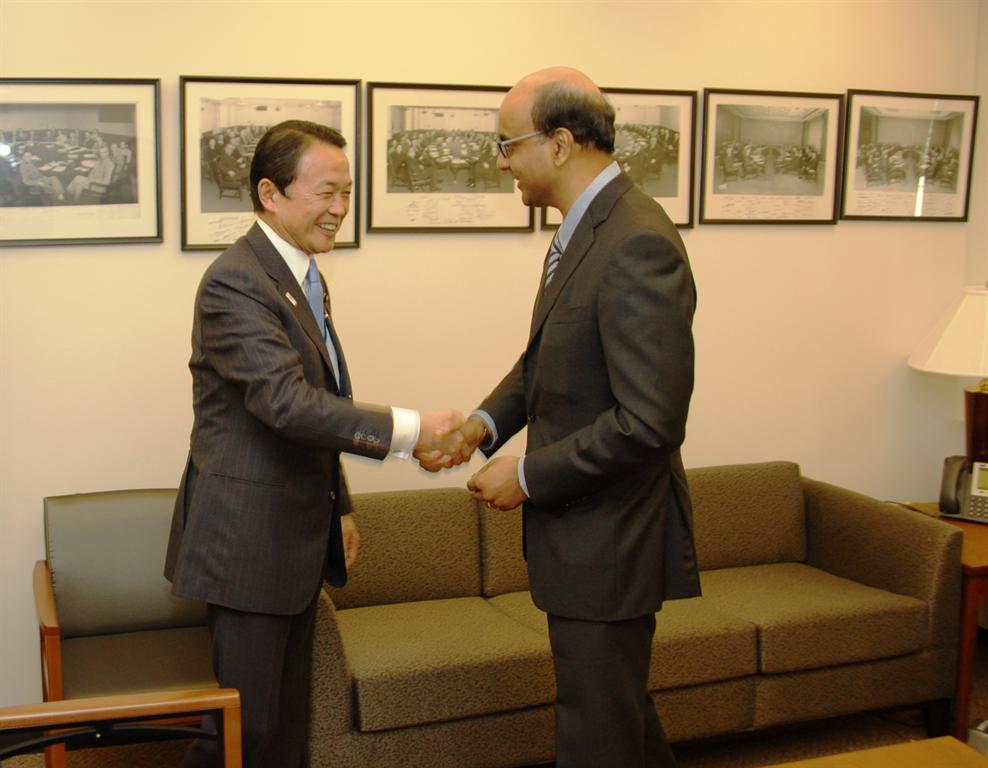