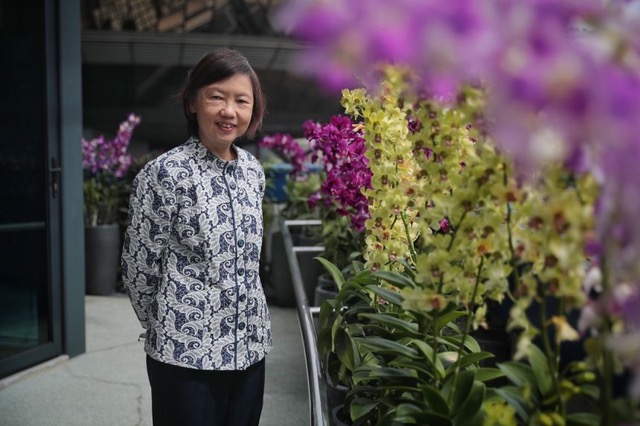 No 'full-dress rehearsal' for a situation like Covid-19; strategies needed to be refined along the way

To fight the Covid-19 pandemic, the Government has dedicated almost $100 billion across four Budgets this year.

While there were measures in the first Unity Budget in February to help families with the longstanding issue of cost of living, as the pandemic progressed, it became clear that more had to be done to keep Singaporeans' and businesses' heads above water, said Permanent Secretary for Finance Tan Ching Yee.

Ms Tan, 56, told The Straits Times last Friday: "By the time we came to the Resilience Budget (in March), we had to triple the payout just to flow the emergency help."

At the same time, the Government was deliberating the worst-case scenario of shutting down schools and businesses completely.

"By the time we announced the Resilience Budget, the decision was actually getting close to 'we may need a circuit breaker'. The impact on businesses and workers would be severe."

The team at the Ministry of Finance (MOF) worked round the clock with the Central Provident Fund Board to bring forward a Solidarity Payment of $600 for all adult Singaporeans.

The team also worked closely with the Board and Inland Revenue Authority of Singapore to pay out the Jobs Support Scheme (JSS) of wage subsidies more quickly.

"During the Resilience Budget, we were still thinking we could pay this out in end-May, which was already brought forward from the end-July timeline in the Unity Budget. But (May) was so far away," she said.

"Luckily, with rigorous review of the processes, we were able to bring forward the JSS payout to April by the time DPM Heng (Swee Keat) announced the Solidarity Budget."

Wage support was also bumped up to 75 per cent, from a minimum of 25 per cent.

But she said MOF was not given a blank cheque to loosen the public purse. It had to seek approval from the Government and President Halimah Yacob to draw on past reserves - up to $52 billion.

Ms Tan added: "We cannot take for granted that any request would be concurred to by the President.

"Both the President and the Council of Presidential Advisers had to listen to our reasons, and satisfy themselves that the request met the requirement of exceptional circumstances under which past reserves can be drawn."

Ms Tan, who has spent 34 years in the public service, said while the Government had prepared itself for some form of crisis, Covid-19 was not a situation for which there had been a "full-dress rehearsal": "There were many surprises... that required us to refine our policies and strategies as we went along."

The former permanent secretary for education was especially touched by how teachers rallied to help their students.

"Covid-19 brought home very clearly the positive impact our social investments have had on inequality. The circuit breaker showed us how much our schools have helped to prevent the bottom from falling out - many children were able to go to the security of the schools and have a good environment in which to learn."

Over 4,000 students whose parents work in essential services and did not have alternative care continued to turn up at school during the circuit breaker. The Ministry of Education also provided school meal subsidies.

Said Ms Tan: "We should give credit to all the unsung heroes, both in schools and community organisations, for their care and for holding things up."