As a small island vulnerable to external threats, deterrence and diplomacy are twin pillars of our survival and security. Singapore cannot accept the idea that “might is right” and must continue to uphold a rules-based order to ensure that our interests are protected.

Singapore enhanced our cooperation with key defence partners. We renewed the Protocol of Amendment to the 1990 Memorandum of Understanding Regarding United States Use of Facilities in Singapore and the Singapore-China enhanced Agreement on Defence Exchanges and Security Cooperation in 2019. In March 2020, Singapore and Australia signed a treaty on the joint development of advanced training facilities in an expanded Shoalwater Bay Training Area and a new Greenvale Training Area which, combined, will be 10 times the size of Singapore. 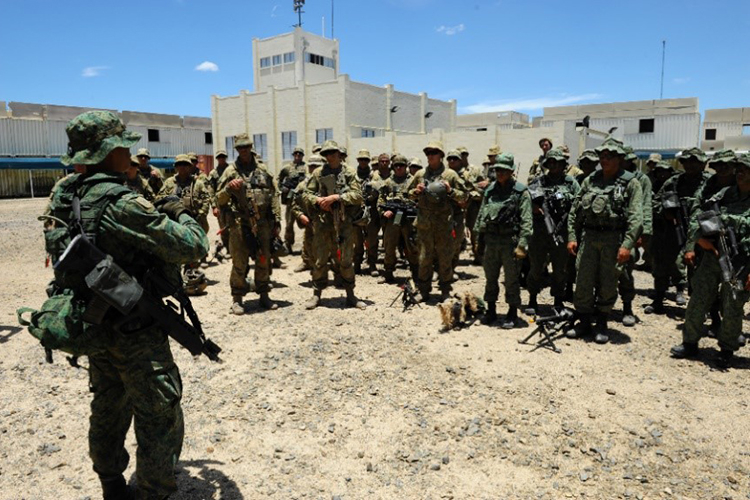 We also actively seek to strengthen the rules-based regional order and shape developments that affect our security. Our participation in key multilateral fora, such as the Association of Southeast Asian Nations (ASEAN) Defence Ministers’ Meeting (ADMM), the ADMM-Plus, and the Shangri-La Dialogue, allow us to contribute to regional peace and stability. Under the ADMM and the ADMM-Plus, Singapore contributed to regional counter-terrorism efforts, such as our establishment of the Network of ASEAN Chemical, Biological and Radiological Experts. Singapore also contributed to confidence-building measures by facilitating the adoption of the Code for Unplanned Encounters at Sea by all 18 ADMM-Plus navies, which was subsequently practiced in the ADMM-Plus Maritime Security Field Training Exercise co-hosted by Singapore in 2019.

The Singapore Armed Forces (SAF) continues to strengthen its capability to defend Singapore. The initial acquisition of four F-35 Joint Strike Fighters, with an option for eight more, will raise our air defence capabilities. The SAF is also restructuring its military intelligence outfits so that counter-terrorism intelligence to detect, forewarn, and respond to terrorist plots is part and parcel of its core mission to protect Singapore. On the cyber front, the SAF will restructure to build an integrated cyber command and force to defend against cyber threats.

Working with the international community and protecting our way of life

Climate change is a serious concern threatening not just Singapore’s existence but the world. Singapore contributes just over 0.1% of global emissions. Nonetheless, we are pushing the boundaries to arrest climate change. In 2019, Singapore was the first country in Southeast Asia to introduce a carbon tax. We were also among the first six countries to submit our enhanced Nationally Determined Contribution. We aspire to halve emissions to 33 million tonnes of carbon dioxide equivalent by 2050 and achieve net-zero emissions as soon as viable after 2050.

Our ambitious efforts will help to preserve a liveable environment for current and future generations of Singaporeans.

Upholding the rule of law and ensuring access to justice

Upholding the rule of law through legal reforms and improving access to justice is necessary to maintain trust in our legal system. We continue to strengthen Singapore’s legal framework, which was ranked second in the International Institute for Management Development’s World Competitiveness Yearbook 2020.

The Penal Code was strengthened with the following changes:

Various improvements were also made to enhance access to justice. Singaporeans can access civil legal aid for issues, such as divorce, custody of children, adoption, monetary claim, deputyship, and estate matters, more easily:

More Singaporeans are living, working, and travelling overseas than ever before. They have the assurance that consular assistance is available 24/7. For instance, a Crisis Response Team was deployed to assist stranded Singaporeans after the August 2018 earthquake in Lombok, Indonesia. Enhancements to the eRegister system and the integration of MyInfo and e-payment methods have made it more convenient for Singaporeans to prepare for their overseas travels.

While the external environment remains uncertain, Singapore will continue to protect our way of life by defending our people, expanding our strategic space, and upholding the rule of law.

Emerging Stronger as One
Previous: Smart and Sustainable Living Environment Next: Growth, Competitiveness and Sustainability