Singapore’s peace rests on the twin pillars of our defence policy of deterrence and diplomacy. Our long-term and sustained investment in defence and security has kept Singaporeans safe from external threats. The Singapore Armed Forces (SAF) is an operationally ready force which enjoys high and stable public confidence. Through Total Defence, Singaporeans play their part in building a strong, secure, and cohesive nation.

The Home Team works with Singaporeans to keep our neighbourhoods safe. Singapore was ranked the safest nation in the world by Gallup’s Global Law and Order Index for the seventh consecutive year in 2020 and has the second lowest fire fatality rate in a global ranking of cities by the World Fire Statistics 2020. However, the rise in scam cases is a concern. New initiatives such as the Singapore Police Force (SPF)’s Anti-Scam Centre have helped disrupt many scam operations, enhance deterrence, and mitigate victims’ losses. 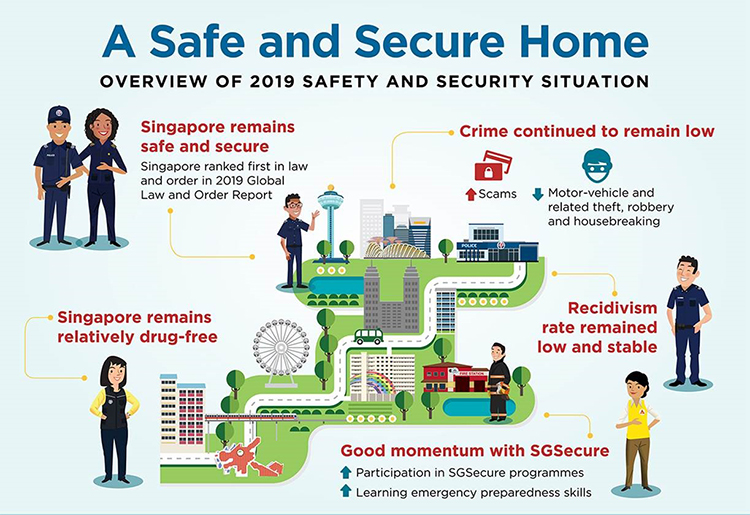 The number of drug abusers arrested remained stable. The Central Narcotics Bureau continued to mount intensive enforcement efforts against drug trafficking and has also stepped up efforts on preventive drug education and outreach.

The overall recidivism rate among ex-offenders also remained low and stable, as they benefit from rehabilitation and community supervision programmes. 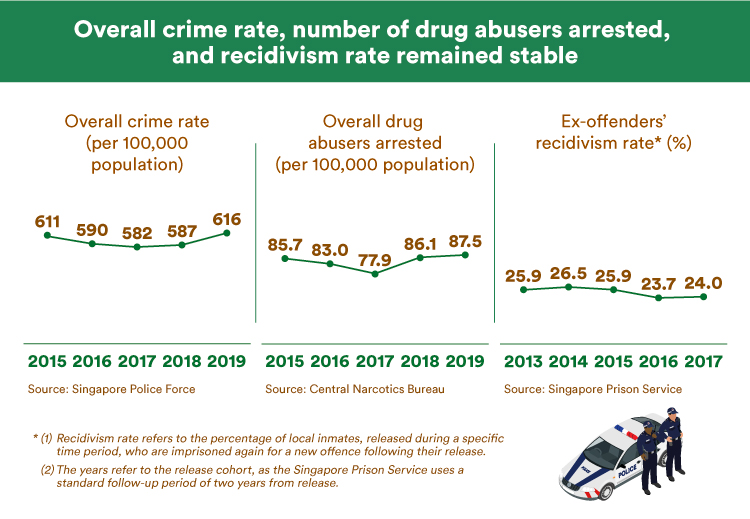 The SAF continues to be the guarantor of Singapore’s peace and security. This has allowed us to prosper as a key aviation, maritime, and financial hub. Amidst the ever-evolving threat landscape, Singapore has adopted a whole-of-government approach to strengthen our homeland security against an expanded array of conventional and non-conventional threats and contingencies:

Over the years, the SAF and the Home Team have leveraged technology as a force multiplier, enabling us to operate more effectively while keeping our service personnel safe:

To ensure that our forces remain operationally ready to protect our peace and security, backend capabilities are being strengthened and new capabilities added:

Digital Defence has also been added to the Total Defence framework and our cyber defences enhanced: 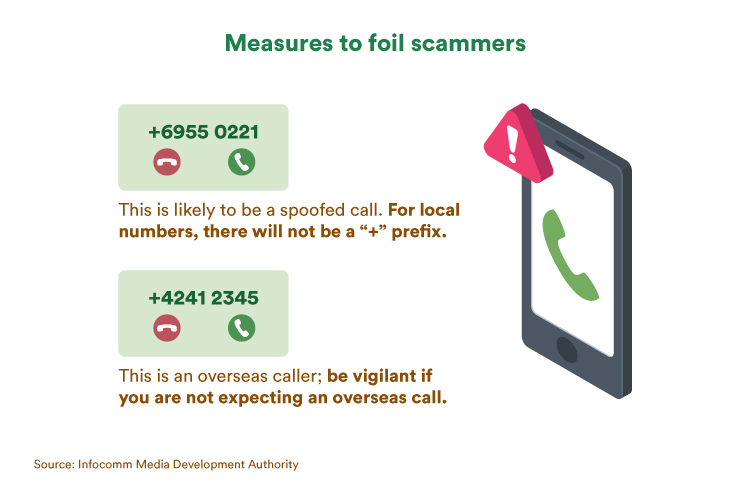 Our National Servicemen continue to form the backbone of the SAF and the Home Team and have been taking on new and expanded roles:

More Singaporeans are stepping up to play a bigger role in our defence and security:

Read more: Emerging Stronger as One | Singapore Together

Emerging Stronger as One
Previous: Smart and Sustainable Living Environment Next: Growth, Competitiveness and Sustainability